Assume – yep, we all know what those letters stand for. I can’t speak for “u” but assuming has made an ass out of “me” more than once. There’s a fair amount of assuming attached to any endeavor, including engine data analysis. When the data looks good for all parameters, we assume that all sensors are working properly. Call it confirmation bias, but if all the specs look good, we’re not going to wonder if that’s because the failing sensors are masking a really serious issue and sending us data that throws us off the trail. If data looks good, I think we can safely assume that the engine’s in good shape and the sensors aren’t lying. When we see something that’s out of whack, it gets more complicated. I thought I would tackle a few of those in this months Puzzler.

First up is data from a Cirrus SR22 with a Continental IO-550 and the Tornado Alley turbo mod, recorded by an Avidyne with a 6 sec sample rate.

What’s causing EGT 3 to be low while CHT 3 is highest, sometimes by a little and sometimes more than that? Is there a clue in EGT 3 being low all the time while CHT 3 is only high when the engine’s making power? If you run through the usual suspects of injector clogs, weak spark or failed probes, this doesn’t really conform to any of them. Can we assume that the probe is intact and sending reliable information? Not necessarily. The airplane was in the shop for annual and here’s a picture of the EGT 3 probe. 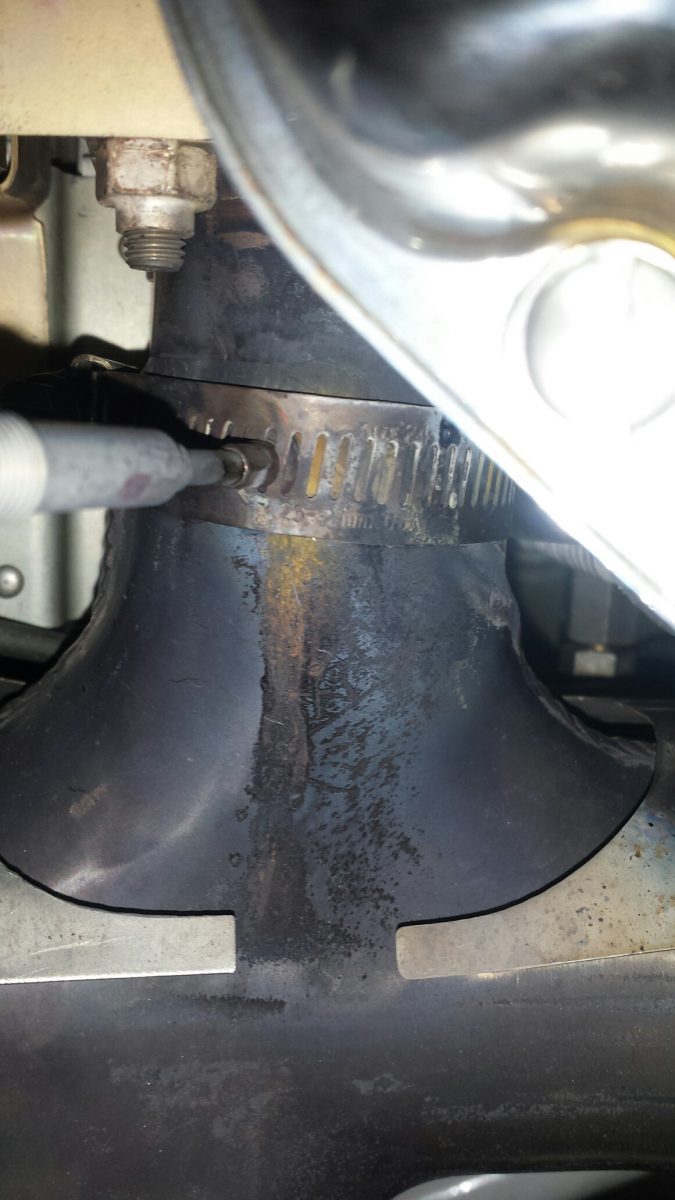 We think the business end of that probe has become a rusty mess, letting some exhaust gas – along with corroded moisture – escape from the pipe, and that exhaust gas heated the surrounding area, including the nearby CHT 3 probe. That explains why EGT 3 is low and why CHT 3 was sometimes high.

Here’s data from a Beech Bonanza A36 also with a Continental IO-550 and the Tornado Alley turbo mod, and data from a Garmin G1000 with a 1 sec sample rate. 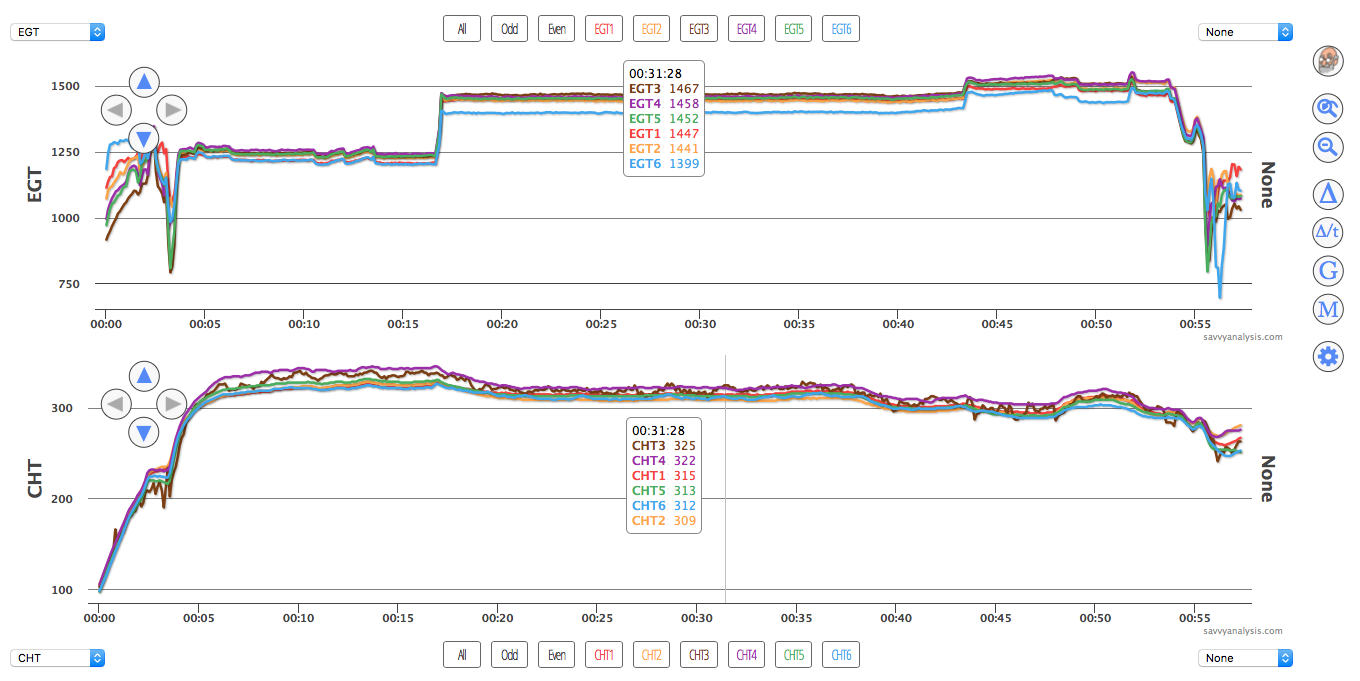 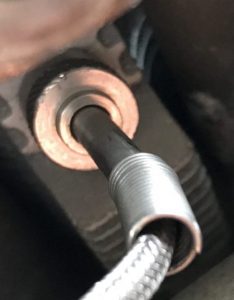 Everything looks stable except CHT 3 is very jittery. The oscillations are slower in the climb, then faster in cruise. There are no giant spikes up or down like we often see in a loose connection or a failing probe. Nothing in EGT 3 suggests uneven combustion in cyl 3. Can we assume that the CHT probe is intact and sending reliable information? Not necessarily. The airplane was in the shop for an oil change and it’s hard to tell from this picture but the CHT 3 probe was loose to the touch. 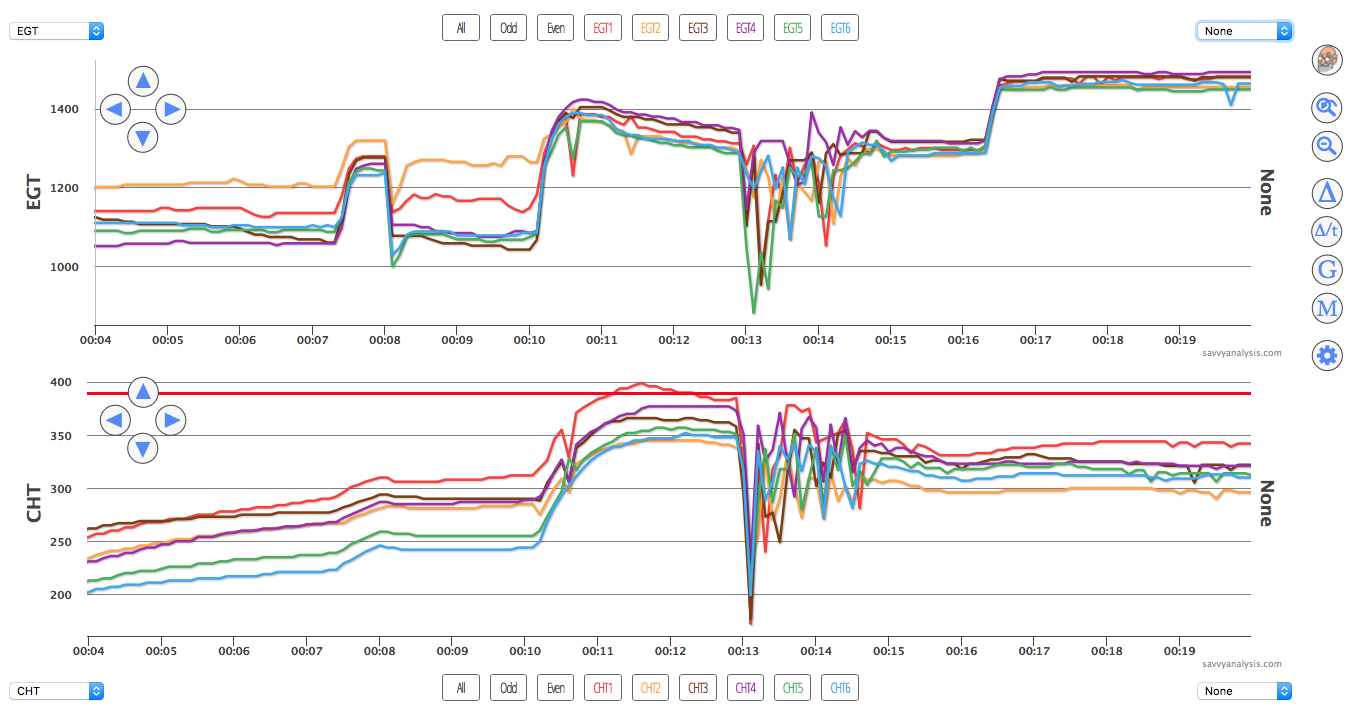 This is just a snapshot of 15 mins or so of EGT and CHT a few minutes before takeoff and a few minutes into cruise. Nothing dramatic about the parts of the flight you aren’t seeing. Right about the 13 min mark, data goes nuts. There had been a couple of jitters in the takeoff roll, but nothing like the 13 min mark. It helps to know that the pilot reported smooth engine ops through this event.

By the 15 min mark order is restored, but there are still occasional jitters in EGTs and CHTs. Can we assume that the connection to the JPI is intact? I don’t have a picture for this one but it looks like either the JPI data bus or the 700’s ground got loose.

Maybe you, like me, wondered what I would do if I were about to climb into an overcast layer and saw this on my EDM, but no sign of trouble from the engine. I think it helps that all EGTs and CHTs drop and get jumpy – makes it easier to dismiss the data than if it were one or two.

Let’s finish this month with data from a Cessna TR182 Turbo Skylane RG with a Lycoming O-540 and data from a JPI 700 with a 2 sec sample rate. Yes, it’s carbureted engine with a turbo. 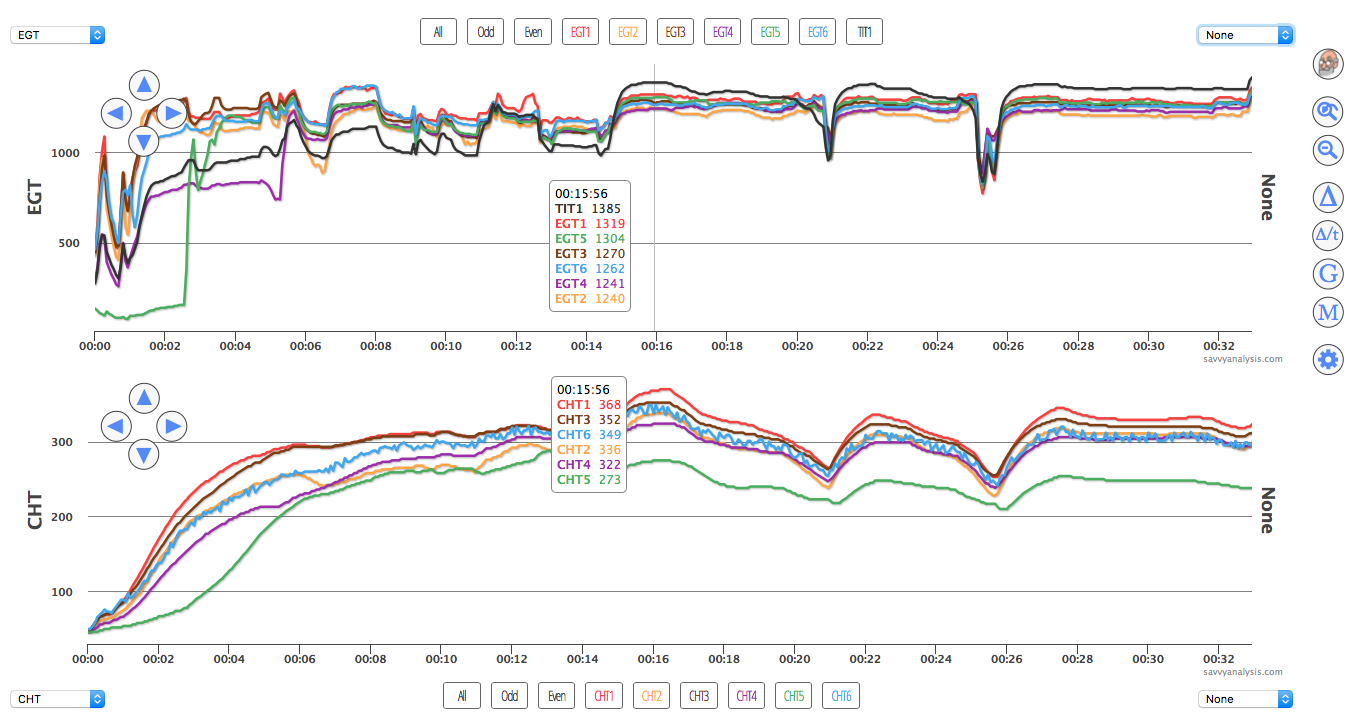 This snapshot is startup, runup, takeoff, climb and a few minutes of cruise. CHT 5 is a spark plug gasket probe, so it reads low throughout. Still, you can see that EGT and CHT 5 are slow to warm after engine start. EGT and CHT 4 are also slow to warm, and 4 is still low when EGT 5 makes its move just after the 2 min mark. Continuing the overview, CHTs 1 and 3 heat up first, and they’re hottest in cruise, but just barely – still in a good range. CHT 6 data is jumpy throughout – like the CHT data from the loose probe we saw earlier.

So far on the squawk list we’ve got check the CHT 6 probe for snug and connection, and see if the low EGT and CHT for 4 and 5 are anything more than typical Lycoming “morning sickness” – sticky valves that operate normally once they warm up. The data can tell us a lot, but it can’t spot a puddle of oil under the engine after shutdown. That’s what prompted the owner to pull the cowl and discover this bent pushrod tube in cyl 4. 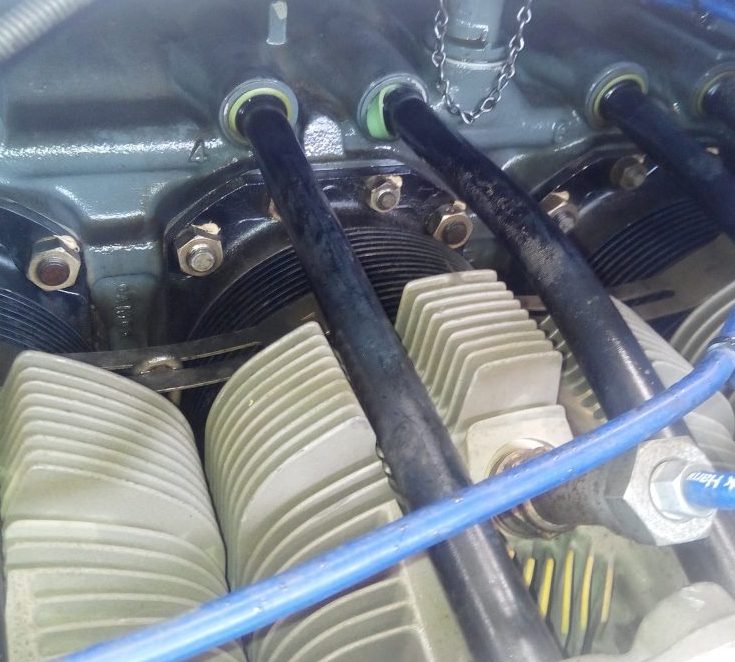 Seeing that, I wondered if the high CHTs for 1 and 3 were due to increased friction because of their place in the firing order. The firing order of this series is 1-4-5-2-3-6. Another good theory shot down by the facts.

So when we perform your analysis, we’ll remember not to assume that all probes are in perfect shape with solid connections, that data is always reliable, and that engine data always gives us the whole picture.