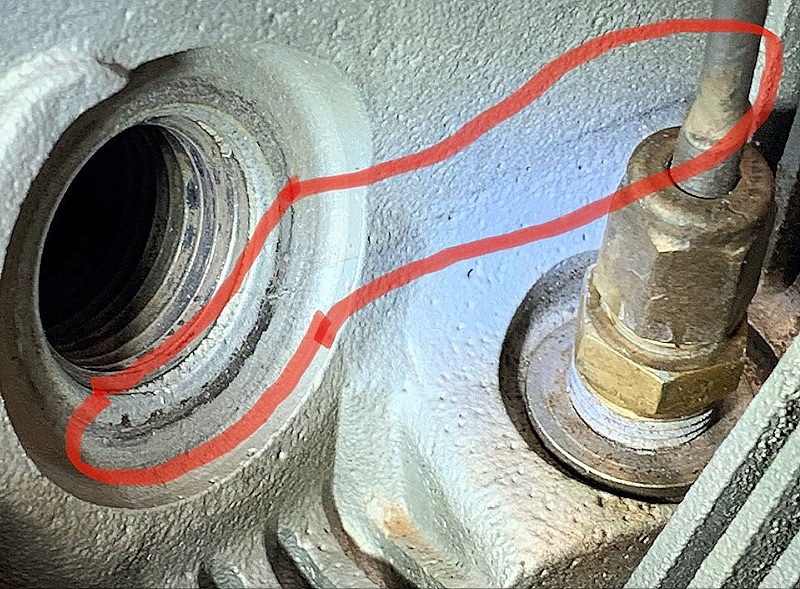 The following are real-life stories of problems experienced by aircraft owners and how Savvy helped resolve them. Some names have been changed, but the stories are real ones.

Bird Strike – What Would You Do?—Allen had a bird strike on takeoff. The mechanic told him his engine would need to be overhauled. He called the SavvyBreakdown hotline and we saved him $30,000.

Cylinder Cracks – Or Are They?—Ken asked his shop to take a look at the fuel pump on his Cessna 180. The mechanic told Ken that two of his cylinders were cracked and needed replacing. Ken asked us for help and we saved him $6,000.

Paid for a Peach but got a Lemon—A fresh annual inspection included with an aircraft purchase sounded pretty good to the buyer, until he got home and realized he’d bought a bucket of trouble. A Savvy-managed prebuy examination could have saved him a lot of money.

Failure To Communicate—Will your shop work on an engine if it’s past TBO?

Yikes! No oil pressure!—The gauge drops to zero in flight. Now what?

Regulatory Roadblock?—What do you do when your IA says your newly overhauled engine is illegal?

Righting a Prebuy Gone Wrong—Dan’s prebuy started off as a runaway train until Savvy got it back on track.

Is My Engine Ruined? Help!—Jack found himself in the middle of nowhere with a serious engine problem that could have become catastrophic.

Even Bad Data Tells a Story—Greg was looking to buy an airplane, but analysis of its engine monitor data during the prebuy helped convince him to walk away from the deal.

Pull This Cylinder or Not?—Did Jay’s oil analysis report and borescope findings justify his A&Ps recommendation to replace a jug on his Lycoming O-320?

Looks Sweet, Tastes Sour—First-time buyer Theo was looking for a Mooney but nearly wound up with a money pit.

A Trio of AOGs—A call to Savvy’s 24/7 hotline saved the day for Tanner, Dave and Carl when they found themselves “aircraft on ground.”

A Troubling Report Card—You can learn a lot about the health of your aircraft from its SavvyAnalysis report card.

In Search of a Skylane—This seven-month-long saga of a first-time buyer’s airplane purchase has a happy ending.

The First Breakdown—To mark the 117th anniversary of the first breakdown in aviation history, we are announcing a major price reduction in our SavvyBreakdown service.

Something’s Not Right—The client reported the engine “burbled.” Fortunately, what we saw in the data was the clue to fixing the problem.

Half Dead Engine—The day before Christmas, the Skylane flew perfectly. The day after Christmas, half of the cylinders refused to light off. Why?

Should Mac Buy This Baron?—The prebuy revealed a long list of discrepancies. Enough to justify walking away?

Chattering Crankshaft—The simple task of “dialing the crank” turned into a costly marathon until expert advice saved the day.

Thermal Runaway!—A thermal runaway can do bad things to a cylinder quite quickly.

Not What It Appears—Sometimes the best course of action is walking away.

Down in the Boontocks—You’re cruising high above rough terrain when your engine suddenly loses power and you make an emergency landing in the middle of nowhere. Now what?

The Great Beyond (TBO)—Lessons learned from geriatric engines

Caribbean Crisis Averted—You’re in the Lesser Antilles when your airplane’s gear retraction system goes on the fritz. Who ya gonna call?

Engine Making Metal—Ted’s IA wanted to start tearing his engine apart. We talked him out of it

The Data Doesn’t Lie—Bill’s RV-10 had high CHTs after its annual condition inspection. Engine monitor data made it easy to diagnose the problem

Instant Gratification—Lew flew his Beech Baron to Nashville to drop off his wife, then couldn’t get the right engine started to fly home.